Honouring The Wishes Of A Loved One

Home / Uncategorized / Honouring The Wishes Of A Loved One

In memory of Greg Zinger.

During the month of February, what comes to mind? Family, love, and memories? This month has, in my opinion, one of the most important holidays: Family Day.

Family Day gives us a reason to spend time with family and, in many cases, reflect on loved ones that we may have lost. This Family Day, in particular, my family and I will be remembering someone very special to us.

I would like to share a personal story of a dear friend I recently lost: my brother-in-law, Greg Zinger.

Greg was a proud police officer, a fantastic friend, and was known for being the world’s greatest papa. Greg was dealing with terminal cancer — but this fact did not define him.

As part of his job, and through extensive training, Greg was very organized. For these reasons, it didn’t surprise me when he made an appointment with me to design his memorial, prepay his cremation, and choose his niche.

That appointment with Greg hit home with me for several reasons. I so deeply empathized with what he was going through. He was spending his final days trying to prepare his family for the reality that his life was going to be shorter than any of them hoped.

In his own way, Greg was going to make it as easy as possible for his family and friends to carry on after he was gone. The funeral decisions were made and his cemetery needs were addressed.

About a week before Greg passed on, I received a call from my niece. “Hey, Uncle Paul. Could you and Aunt Cindy come down to see dad? He wants to talk to you,” she asked.

I didn’t think twice. I don’t think I have ever laughed as much as I did during that six-hour visit. Greg was laying it out for us, detail by detail, about how he wanted his funeral to happen. I know that may sound morbid to some people but it was truly the most interesting conversation.

Greg’s plans were to have a visitation for his friends and family at the funeral home, followed by a church service with two priests. I told him if he wanted to make it into heaven it would probably take two priests to get him past the gatekeepers — this was our sense of humour. It helped us get through the hard conversations with grace and humility.

As per Greg’s wishes, the service would then be followed by a Celebration of Life. He even went so far as to ask close friends and colleagues to say a few words on his behalf, which included me, a police officer he worked closely with, and another dear friend.

We were instructed that the stories were to be funny and “very Greg”. When the celebration was over, Greg’s dad approached me and said he had never been to such a fun funeral.

I told him it was exactly how Greg planned it.

Greg taught me three things through all this.

First, he taught me how to die with dignity. I think his faith helped him grapple with that and his journey showed me just how brave he really was.

Secondly, Greg taught me and his family the importance of being organized for the end of life. The efforts he made months prior to his death saved his family from extra stress and made things just a little bit easier for them. Instead of having to make very difficult decisions during the hardest time of their lives, Greg, the organized guy that he was, preplanned those decisions as he wanted when emotions were not as high.

Finally, Greg taught me that funerals are for the living. He wanted his farewell to be like his life. He wanted his family and friends to be taken care of so they could sit back and enjoy the ride down memory lane.

I miss Greg deeply but oh what memories he left us! We will all cherish them forever.

I will continue to share our stories and even a few tears, laugh lots and reflect on the good times we had. In doing this, Greg will always be remembered. On this holiday and every day to follow.

The caring team at Woodlawn Memorial Park would be honoured to assist you and your family.

You can view our services here and get in touch with any questions you may have. 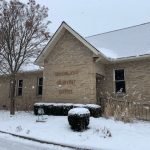 Reflections On A Blessed Decade 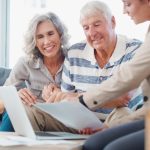 The Importance of Pre-Planning Your Wishes for End-of-Life