Woodlawn Memorial Park has been able to meet the needs of the people of Guelph while maintaining its deep roots and heritage.

Now more then 160 years since Woodlawn Memorial Park was founded. The 40 acre cemetery once known as Union Cemetery has seen many changes and has grown to a beautiful 80 acres. Now acting as a flourishing arboretum, trees adorn the quiet contours and roadways that highlight some of the most beautiful areas like our Cremation Gardens with vibrant flowers and soft shrubs bordering the fountain, and the edge of the waterfall – a quiet place of reflection.

Follow the Trans Canada trail through the heart of the cemetery, take in the history as you make your way past the Mausoleum, and admire the Peace Pole which proudly displays the message “May Peace Prevail on Earth” in 18 different languages. Woodlawn Memorial Park, offers a number of events and services though out the year, including walking tours. 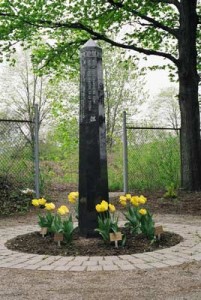 Situated in the Great-Lakes Watershed and home to the Carolinian Forest, an ecosystem unfamiliar to the rest of Canada, Woodlawn Memorial has had a longstanding reputation of having an outstanding collection of rare arbour species like Kentucky Coffee Tree, Blue Ash, Hickory, Sassafras, and Pawpaw. Considered one of Guelph’s largest and oldest urban forests with approximately 70 different species of trees, much of the local forestry is more than a century old.

Over the years, Woodlawn’s ties to Guelph have extended far beyond the people who are remembered. However, this beautiful cemetery offers a quiet and tranquil setting, and has been the resting place of doctors, philanthropists, and captains of industry. Guelph natives like John McCrea, George Sleeman, famous women like Amy Grace Dunbar, as well as members of both the Howitt and Dunbar families rest in Woodlawn Memorial Park.

Through the support of individuals like Mr. A. W. Cutten of Chicago in 1918, whose generous donation allowed for further development and beautification of the grounds, the appointed commission for future maintenance has allowed Woodlawn to remain immaculate. 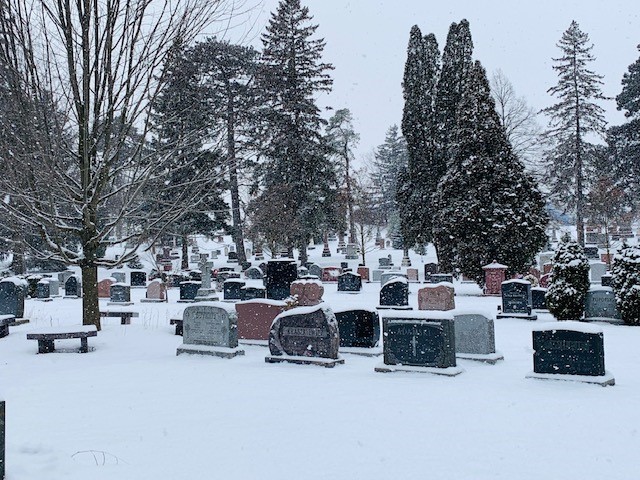